Slash GraalVM Clojure Compilation Time With This One Weird Trick

Are you building a clojure project and compiling it to a native binary with GraalVM? As the project has grown, has the GraalVM compilation time gotten longer and longer? Here is the story of how I discovered @borkdude's trick to getting GraalVM native image times in under 5 minutes.

As I've been building spire, compilation times have gradually been increasing. Then in order to bring a bunch of increased functionality I added a large number of Java class bindings to my sci environment. I check the code in and go to bed. When I wake I discover my Circle CI builds have been killed in the night for taking too long. The build was underway for an hour when the CI system killed the build!

So I try compiling on my local linux workstation to see what is going on. After an eternity the build crashes with:

As I just added a bunch of new class bindings and reflection config for them all, I assume that must be the culprit. I remove 75% of them. And build again. I time this run. It succeeds, but it isn't pretty.

Wow! Analysis is now down to only 1 hour and 50 minutes! Good times!

So this leads me to wonder how Michiel (@borkdude) is building his babashka images on Circle CI without hitting the wall. I go over to have a look at his Circle CI builds. They are building his images in less that 5 minutes.... whaaaaaaat?

That One Weird Trick

This leads me to a bunch of comparisons between the compilation and building of babashka with that of spire. I rule out reflection as the source of the problem. I rule out GraalVM options. And then I discover the magical incantation.

I had this setting on my GraalVM build, but I did not have it on when clojure was doing AOT compilation for the uberjar. Before we turn it on lets look into what it does.

Clojure's direct linking can be activated by passing -Dclojure.compiler.direct-linking=true to the compiler. This feature is documented here. From this discussion we read:

"Normally, invoking a function will cause a var to be dereferenced to find the function instance implementing it, then invoking that function... Direct linking can be used to replace this indirection with a direct static invocation of the function instead. This will result in faster var invocation. Additionally, the compiler can remove unused vars from class initialization and direct linking will make many more vars unused. Typically this results in smaller class sizes and faster startup times."

And faster Graal compilation times to boot! This option will produce JVM byte code that will be much more like what a standard Java program will produce. Java is a statically typed language after all, and Java programs are not dereferencing vars every time they are invoked. The Graal compiler, being built primarily to compile Java programmes, is obviously having a very hard time with the dynamic nature of clojure's compiled byte code.

But do we lose anything if we compile our code with direct linking? According to the docs:

Now taking the original problematic build that crashed after three and a half hours, I switch that setting on in my uberjar compilation and rebuild. Here's the result:

Analysis is down from 3½ hours... to a little under 3 minutes. And amazing improvement!

Add -Dclojure.compiler.direct-linking=true to your clojure compilation JVM options when building your uberjar and when compiling with GraalVM.

And in GraalVM native-image: 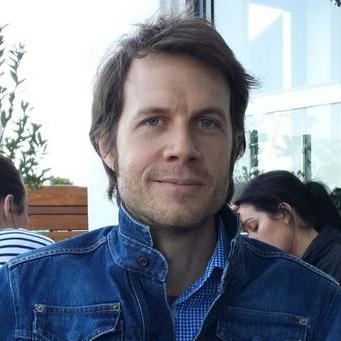 Crispin Wellington is a Software Developer and System Operations expert with over 25 years of professional experience. As well as being the founder of Epic Castle he is the founder and developer of backgammonbuddy.com. He is based in Perth, Australia and is a husband and father. As Epic Castle's principal consultant he is available to assist you in solving your software, operations and service problems.